THIS IS OUR STORY

So you get to know us better

Each church is part of the Body of Christ - created by God to do the work of God. Midway has been working to shine God's light and love to a world in need since 1836. Our prayer and desire is to keep doing the work of God that we are uniquely created to do.

The Midway United Methodist Church was organized in 1836. It was a new church built “midway” between a church beyond what is now known as Carl, and Corinth Church which was located on Kilcrease Road. In later years several graves were moved from Corinth to Midway cemetery. Some graves are still there. The deed of Midway Church is dated July 3, 1846. The land. four (4) acres was purchased for the sum of $4.00. At that time it was in Gwinnett County. In April, 1856, one acre was bought for $2.00 for the cemetery. During this time people walked or rode in wagons to church.

More on the history of Midway Church

The first church building was a one room structure which was built parallel to Kilcrease Road. Then in the late 1910’s, timber was cut in the woods behind the church and the lumber was sawed at Kilgore Sawmill. This lumber was used to build the present sanctuary building which then consisted of just one room and was heated with a pot-bellied stove.

Midway Church was originally part of a five-way circuit comprised of Prospect, Dacula. Harmony Grove, Auburn, and Midway. Sunday School was held each Sunday, but church services were held only on Sunday. From reports of older church members, they often joined with Carl Baptist Church for worship services and other events.

In December, 1953. the children of R.A. and Harriett Etheridge deeded to Midway Church one (1) acre, more or less. for additions to the cemetery. $1.00 was paid for this land. Until this time Midway was a one room church with coal heaters in the center. Curtains divided this room for Sunday School. Revival was always held in the summer, with both morning and evening services.

In 1955, Sunday School rooms were built. One (1) by one (1) the five churches each began full time services. Midway was the last to go full time in the 80’s. Later, land was bought adjoining the church property for parsonage which included a cabin used as the youth center.

The original church building was remodeled and enlarged in the mid 1950’s. Four classrooms, bathrooms, and overflow room were added. The church was then bricked in the early 1960’s.

Additional land adjoining Midway Church was purchased in the early 1990′ s. One and one-half acres were purchased from John Etheridge, another four acres plus were purchased from Ludger Lanthier. The Lanthier property has a house which has been totally renovated for a youth center and classrooms. A modular was purchased in the early 1990’s for Sunday School rooms and a place for Children ‘s Church. The kitchen area in the modular was renovated in the 1990’s. This enabled the congregation to have fellowship dinners for our church family.

A house in Winder, Georgia, was given to the church by the Leonard Etheridge family to be used for a parsonage. In 1996-97 the church sold the home in Winder and built a parsonage on land behind the church.

We are a church on a mission.

Our desire is to follow God and to be the Body of Christ for the community around us.

In this season, we sense that we are called to the following goal: 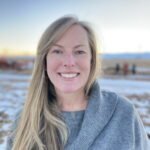 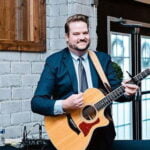 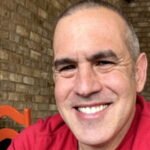 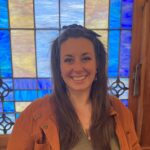